This public square will be created by pedestrianizing Avenue McGill College over its full length, comprising four sections, from Rue Cathcart to Rue Sherbrooke Ouest.

Objective of the competition

The aim of the competition is to select a spatial design concept for the entirety of Place de l’Avenue McGill College. The concept must meet and even surpass the City’s expectations regarding the challenges posed by the Project that is the subject of the competition, and which are described in the Competition Program. At the end of the competition, the jury will select and recommend a winner and, subject to approval by the relevant municipal authorities, the City will award the winner a contract to provide the professional services required to complete the project.

Those professional services include:

For information purposes, and to enable the competitors and finalists to develop an overall concept encompassing the four sections of the avenue, the construction budget for design and construction plus underground infrastructures for Phase 2 (between Boulevard De Maisonneuve Ouest and Rue Sherbrooke Ouest) is $13,749,733 excluding taxes, inflation as well as the design and construction provision amounts.

Stage 1
All competitors are invited to submit their anonymous proposal, presenting an overall idea of the project aspirations in accordance with the objectives of the competition.

The jury will retain a maximum of five proposals. This first stage is anonymous and unpaid.

Stage 2
The finalists attend an information meeting, and are then invited to expand upon their idea and present their service offering to the jury at a public hearing. At the end of this stage, which is paid, the jury will either recommend one winner and one runner-up, or select two grand finalists to proceed to a third stage.

Stage 3 (optional)
Upon request by the jury, the grand finalists will be invited to submit their complementary service offering, addressing the concerns expressed by the jury. At the end of this stage, which is paid, the jury will select and recommend to the city on winner and one runner-up.

Stage 1 / Proposal
Any team or firm that meets the following conditions is eligible to enter Stage 1:

Stage 2 / Service Offering
Any team or firm that meets, at a minimum, the eligibility conditions for Stage 1 and, at the time it submits its team complement dossier, comprises, at a minimum, the following persons is eligible to continue on to Stage 2:

Both the co-ordinator’s and the civil engineer’s firms must hold authorization to enter into contracts from the Autorité des marchés publics (AMP) OR provide proof that they have submitted an application for such authorization to the AMP at the time the team complement dossier is submitted.

Complete information regarding eligibility may be found in the Competition Rules, on the SEAO website.

The jury is the same for all stages of the competition, and comprises the following individuals:

Competitors (Stage 1)
No fees or allowances will be paid at this stage of the competition.

Finalists (Stage 2)
Each finalist who presents a service offering deemed compliant with the Rules will receive a lump sum of $84,000, taxes included.

Grand Finalists (Stage 3 – optional)
Each grand finalist who, at the request of the jury, presents a complementary service offering that is deemed compliant with the Rules will receive an additional lump sum of $7,000, taxes included.

Winner
The maximum amount budgeted for the professional fees to be paid to the winner is $2,811,692, excluding taxes, and provisions (including the fees paid for Stages 2 and 3).

Interested competitors must obtain the competition documents through the website of the Système électronique d’appel d’offres SEAO (prior registration is required to do so). The documents will be available from October 30 to December 19, 2019.

Competitors’ or finalists’ complete proposal or service offering dossiers must be received by the following dates at the address below:

All communications must be e-mailed to the professional consultant at: concours.mcgillcollege@gmail.com. 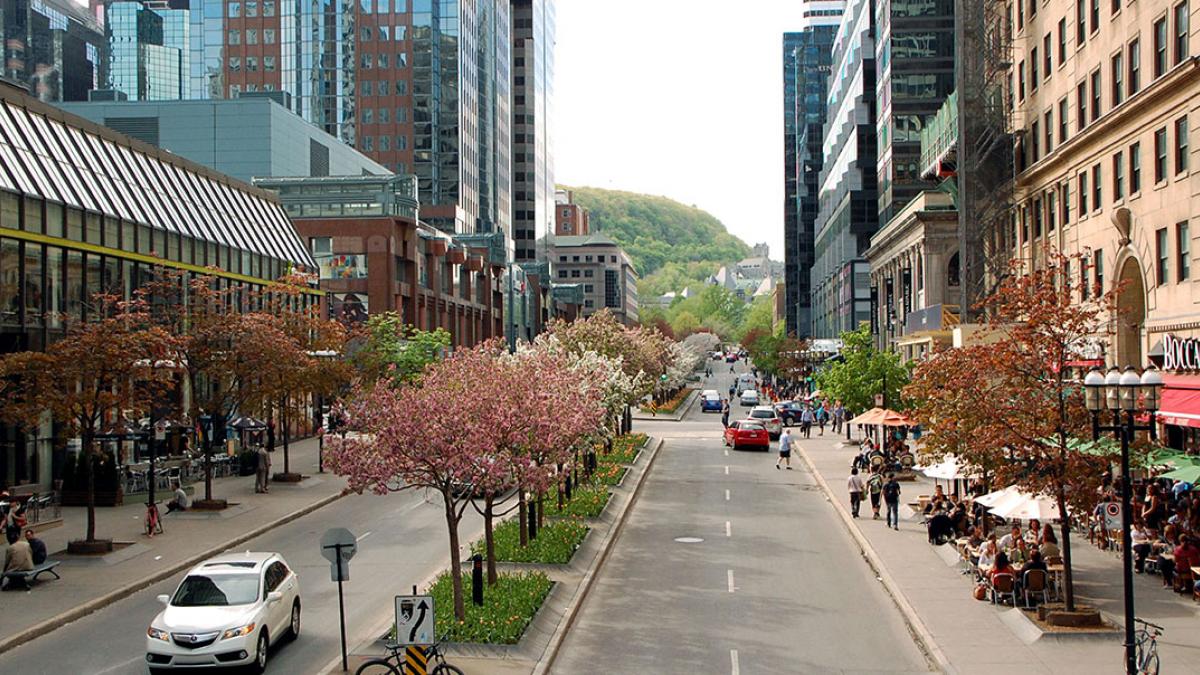